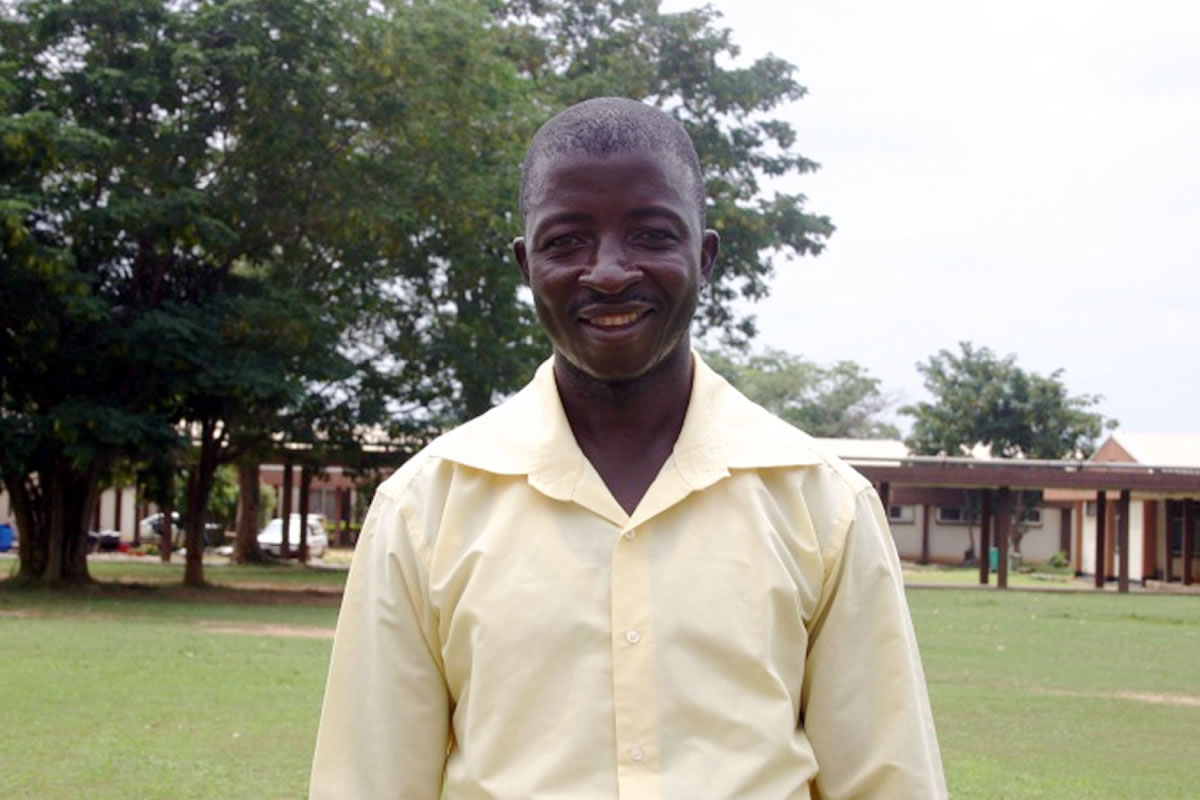 In 2005, Christopher Leo was very sick with severe arthritis and on admission at the University of Abuja Teaching Hospital (UATH), Gwagwalada. His situation was so pathetic because his wife died of AIDS leaving behind two children to care for. When his case seemed not to be improving, his family members planned to take him home because they believed that he would not make it. They reasoned that he would die just as his wife died.Christopher says that he survived because he started receiving HIV medications at the IHVN/PEPFAR supported UATH, Gwagwalada. “I was on admission when I started taking the drugs …I discovered that within months, I became very strong … before I knew it, the weakness I had because of arthritis left. I discovered that since it is this drug that made me better, I won’t play with it”, he says.

It is this same resolve that he now tries to impact to other People Living with HIV (PLWH) who access treatment at the same UATH where he was once hospitalized. As a Treatment Support Specialist, he openly discloses his status and encourages his peers to adhere to treatment and live positively with HIV. “I am always with my drugs. I use my pill box drugs to tell them how important it is”, he says. Christopher adds that he encourages fellow PLWH to always have their drugs with them. “If you have your drugs, you can easily take your drugs at the right time. That is how I encourage them. By doing that, I have so many people coming closer to me.”

His zeal in assisting PLHIV  in taking their medications is evident in the hospital where he responds to enquiries of many who throng to the clinic daily. Over 11,865 have accessed treatment in the IHVN/PEPFAR supported hospital as at April 2014. IHVN Regional Manager FCT Region, Dr. Oche Yusuf  says that Christopher is a reference point for other patients “He has undetectable viral load. When PLWH come with the false opinion that when drugs are taken continually, it stops working, we use him as a reference point.” He also says the Christopher is helpful in tracking patients. “He knows the social problems of many of the patients and helps in the flow of the clinic for new patients. He also promotes PMTCT,” Dr. Oche says.

Mr. Leo also gives health talks at the hospital and counsels PLWH who need to start taking HIV medications. “During health talk, I ask for anybody who is coming for the first time so that I can share my own experience and if there is anything that they don’t want to ask in public, I tell them to feel free to ask me later. Usually, after the health talk, they come and ask questions”, he says. He also shows them pictures of when he was sick with arthritis to convince them of the importance of taking their drugs. He notes that “many of them have been encouraged by the photographs. They say that if you were this sick and you are now better, we need to take these drugs appropriately.”

Christopher, 39, also got his heart throb from the support group. He has remarried and has two more children who benefitted from the PMTCT program.