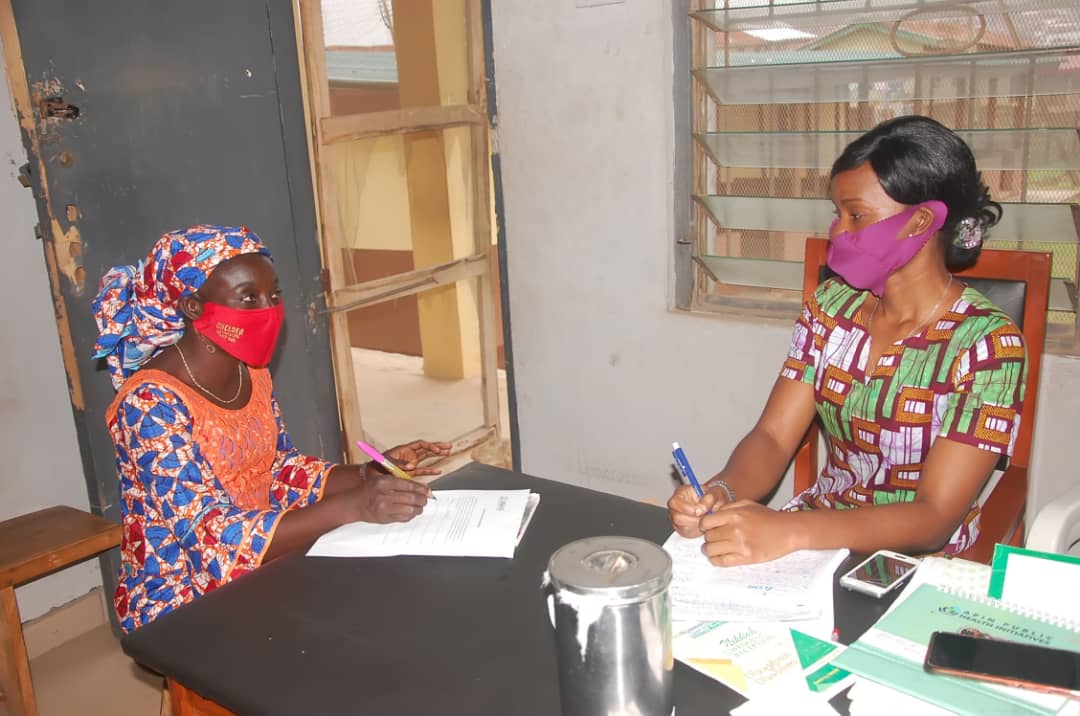 She was coughing constantly, had lost appetite, felt very weak and could not sleep at night. Her meagre income as a petty trader was already depleted in search for a cure.

Luckily, she heard from her neighbors that someone who had the same symptoms as hers got treated at St. Peter’s General Hospital Aremo, and recovered.

“We were told by people to go to the hospital instead of wasting money outside. They told us that the condition is not difficult as it seems,” Kafilat said.

She met friendly health care workers who took her sputum. They also asked her to produce sputum samples into containers for three days, and bring back for a test.

“I was surprised that when the test result was ready, the health care workers called me without asking for communication fee. Even after I began treatment, the health workers call me or my husband on allotted clinic days when I don’t show up early and they have never collected anything from me,” she added.

Kafilat is very grateful for the free services because, “even if they had asked for money, I wouldn’t have been able to give.”

With her health being gradually restored after two months of treatment, there is hope that she would return to her business. “I eat better, sleep well and have seen great changes. Before I could not do any other job at all other than eating and sleeping,” she recalled.

Another client at St. Peters General Hospital Aremo, Mr. Aremu Olawale, a brick layer, recounts an almost similar experience with that of Kafilat.

“Before, I could not do anything. I would just lie down lazily. I could not talk well because of sore throat and frequent coughing but when I started treatment in June 2020, I noticed a change,” he said.

Aremu had lost weight drastically and felt like he would die until a doctor in his church who works in the hospital recommended that he goes there for diagnosis and subsequent treatment. According to Aremu, the health care service he has received has turned his life around.

Health care workers like Felicia Olapeju provide treatment services to Kafilat and Aremu at the USAID TB LON supported DOT center at St. Peters General Hospital Aremo. As the Chief Nursing Officer and DOTs officer in the facility, she gives health talks about tuberculosis, screens clients, and counsels them on adherence to treatment and nutrition. Felicia also monitors the progress of clients throughout the duration of treatment.

“We support these facilities with screening officers to conduct 100% out-patient department screening at every service delivery point. The screening officers have been trained and given necessary tools to appropriately capture every presumptive and diagnosed TB case. This approach has seen a tremendous increase in the notified TB cases. For this quarter, from May till June 2020, 961 new tuberculosis cases were identified.