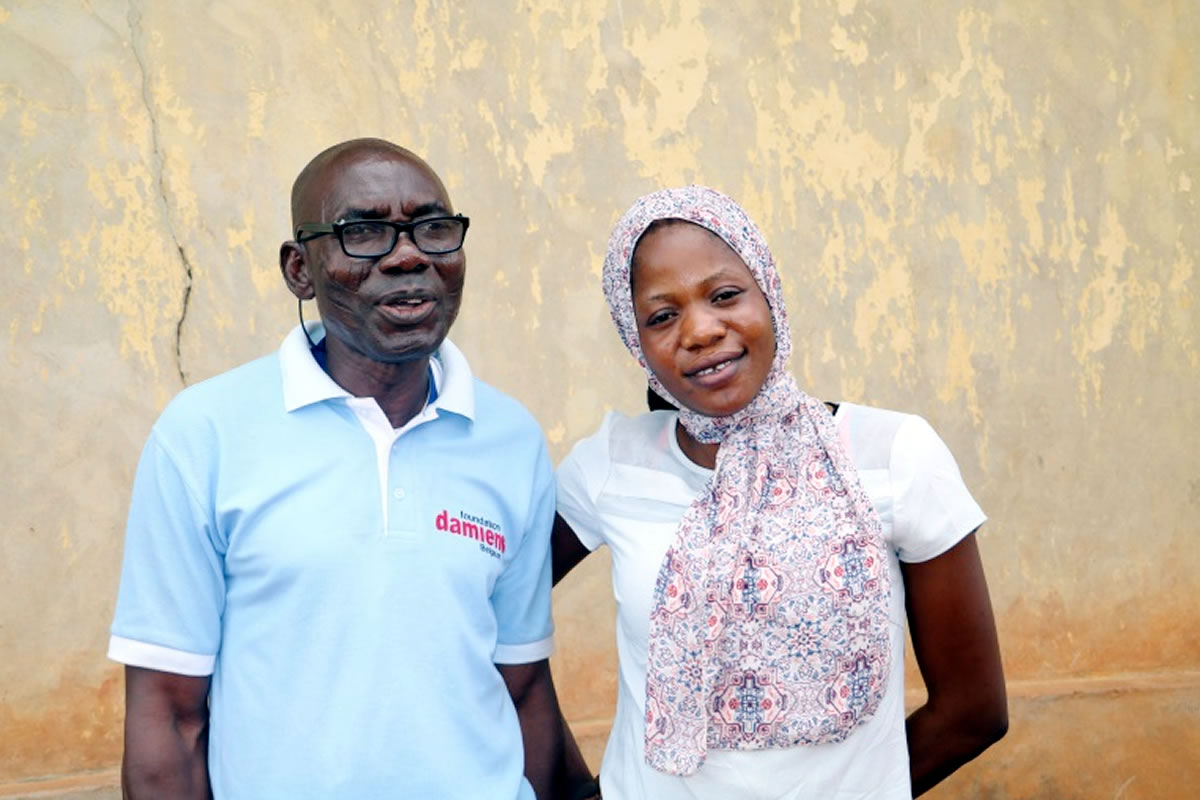 There were all sorts of rumors making the rounds when Olowookere Fasilat was brought back home in 2013 to Okeho, Oyo State very ill from her school in Moshood Abiola Polytechnic Abeokuta. Many thought that she would die because she was so weak, skinny, coughing and sweating often. Some said that she had HIV, others attributed the sickness to witchcraft and still others said she was being used for ritual purposes.

Fasilat had been treated for tuberculosis the previous year and when she fell sick, she was treated for malaria but was not getting better. When an x-ray showed that she had tuberculosis, her sister took her back to the family house to have her parents take care of her. Her father took her to the Chest and Skin Clinic in Ijo, Okeho where she had her sputum sample collected.

Her Local Government Tuberculosis and Leprosy Supervisor (TBLS), Mr. Eyinade G. Oladenu recalls that Fasilat was too weak to stand on the weighing scale. “I had to weigh myself first, then carry her on my back to get our combined weight and then I subtracted my weight from our combined weight to get Fasilat’s weight, which was 42kg,” he says.

After tests at the University College Hospital and Government Chest Hospital Jericho, which are both supported by the Institute of Human Virology Nigeria (IHVN), a Principal Recipient of the Global Fund New Funding Model DR-TB grant, results showed that Fasilat had drug-resistant tuberculosis. She was commenced immediately on treatment at the nearest DOT center in her community. Fasilat says that her treatment for 20 months was challenging. “I took injections every day during the eight months intensive phase and fourteen tablets daily for the whole 20 month period. Every day, my father would take me in his car to the clinic for injections or the TB officers would come to the house to give the injections. When I started getting better, he would carry me around in his car while carrying out his daily duties so that I would not feel lonely at home,” she says crying.

She says that the support her father gave her during the period will always be remembered especially now that he has passed on. “He used to buy all kinds of fruits and food to make sure that I ate well. He did whatever they told him to do for me at the Directly Observed Therapy (DOT) clinic.”

Fasilat also found the staff at the clinic very supportive. They educated and supported her even when she started experiencing side effects of the drugs such as body pain, headaches, reddish eyes and restlessness. “They observed me when I take my tablets,” she says. It was this support and her will to live despite the odds that kept her going.

The TBLS, Mr. Oladenu adds that they sent her sputum and blood samples to University College Hospital and Government Chest Hospital in Jericho for tests like kidney and liver function, audiometry and culture tests. “We monitored her treatment. Sometimes, the Medical Adviser at the state level used to come to see her at no cost.” She and many of the  over 2,900 DR-TB patients enrolled for treatment in the country receive financial support from the Global Fund through IHVN for food and transportation throughout the course of their 20 months treatment.

Fasilat says the emotional support the staff of the DOT clinic gave her was invaluable as she was being abandoned by friends. “I felt good anytime I came to the clinic. Outside, people were running away from me. My best friend did not come to see me or want to associate with me. Some people even told my parents not to waste their resources on me because I was being used for rituals and would die. They would peep through the door to see me and some extended family members didn’t want to relate with me,” she says. Another source of support was her fiancée. “He used to come from Abuja twice a month to see me. He also called several times daily to encourage me,” she says.

Fasilat completed her treatment in March 2016, is hale and hearty and preparing for her wedding in December 2017. She advises that, “when people have TB, it is not the end of life. Just adhere to treatment, stay away from alcohol and do what they instruct you to at the hospital and you will get better.”