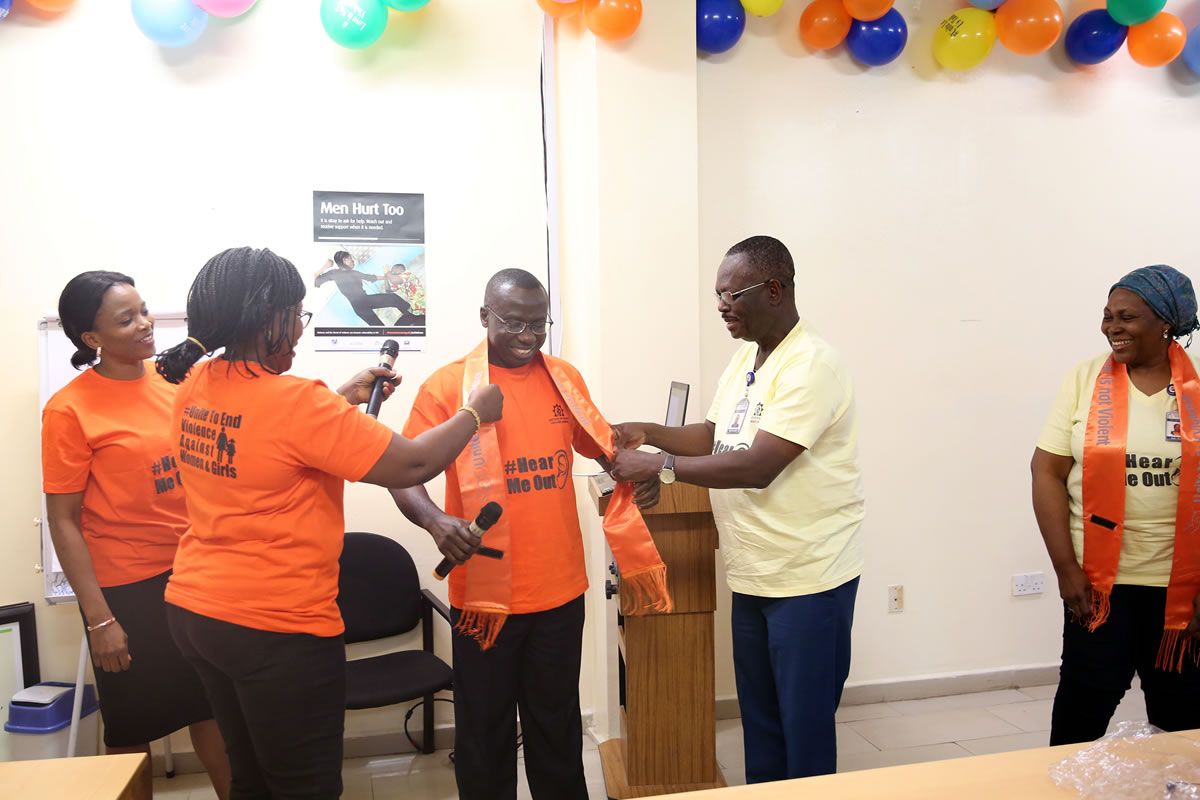 To mark the International day for the elimination of violence against women, with the theme, ‘Orange the World: Generation Equality Stands Against Rape”, the Institute of Human Virology Nigeria (IHVN), has organized a walk and talk to educate the public about gender-based violence.

During the walk in Central Area, Abuja, Staff of the Institute had one-on-one conversations about the dangers of gender-based violence and encouraged people to speak up when being abused or harassed.

In a presentation to  support the 16 days activism against gender-based violence, IHVN Program Manager, Prevention Care and Treatment (PCT), Mrs. Mercy Omozuafoh highlighted areas of sexual harassment in the office environment, the types of work place harassment, how to prevent work place harassment and the roles of those that have been harassed.

Two staff of the Institute, Program Managers, Mr. Abubakar Abdullahi and Mrs. Halima Ibrahim were inaugurated to serve as ambassadors to counsel those harassed and also address harassment cases  in the work place. There was also a short drama on work place harassment.

The 16 Days of Activism Against Gender-Based Violence is an international campaign coordinated by the Centre for Women’s Global Leadership and used by activists around the world as an organizing strategy to call for the elimination of all forms of gender-based violence.

The Declaration on the Elimination of Violence against Women issued by the UN General Assembly in 1993, defines violence against women as “any act of Gender-based violence that results in, or is likely to result in, physical, sexual or Psychological harm or suffering to women, including threats of such acts, coercion or arbitrary deprivation of liberty, whether occurring in public or in private life.”